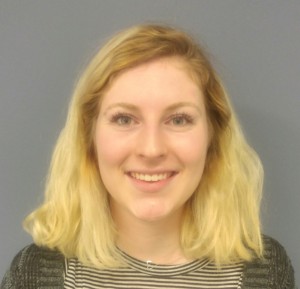 In honor of Fair Housing month, I thought I would explain what it entails and why it is important to HAND. The month is meant to celebrate and educate people about the Fair Housing Act passed in 1968. The act was created to prevent discrimination of race, color, disability, national origin, religion, sex, and family situation when buying, renting, or securing financing for housing.

The Civil Rights Movement started coming to a close when the Fair Housing Act was passed. The act was signed in response to the death of Martin Luther King Jr. and the riots the followed his death. The act was the last to be passed because of the Civil Rights Movement. It fought to integrate people of color, and other persons, into white communities by create housing equality. Today the act still plays a huge role in trying to prevent discrimination in housing in order to construct healthy and balanced neighborhoods.

Despite the long journey towards creating equality across America, there is still discrimination everywhere—including Hamilton County. Executive director, Nate Lichti, explains that the discrimination is seen through more subtle ways. He explains, “We’re talking about affordable and community housing not being developed because of community standards. Those standards drive up the price of housing, and unnecessarily impact groups that are capable of contributing to the community.”

With a prospering city comes the desire to create more and more expensive housing to obtain a higher standard of living. However, a growing community needs people to work and serve in that community, making it necessary to have all types of residents with all types of incomes to live and thrive. The Fair Housing act goes a long way to protect citizens, but it fails to stop housing discrimination against many groups such as those who make low income. HAND hopes that with upcoming studies, Hamilton County can help fight against this injustice. Nate explains to aid this cause, “We can, through the development or promotion of policies that support affordable housing, help combat housing discrimination.”

HAND is also trying to learn more about fair housing as well as educate the community, because with awareness and sensitivity, more can be done to stop the discrimination Americans are still fighting against today. HAND hopes that outside companies and residents will be willing to jump into to aid the cause. Nate states there are ways to get involved saying, “There is an analysis being done this spring that will update a five year old study about the barriers to fair housing; during that process there will be an opportunity for public engagement. We’re hoping that, through the new housing advisory council and discussions with other community stake holders, we can identify some pertinent, relevant strategies to address the concerns that come out of the report.”

Another important term to know and understand this month is disparate impact. Disparate Impact is a legal doctrine under the Fair Housing Act saying that any policy imposed that unintentionally creates discrimination or imbalance in a community, must be changed. The doctrine is closely linked to the goals of HAND and other supporters who want Indiana to change some of its housing policies to get rid of unintentional discrimination in the state. By incorporating affordable housing in economically stable places, such as Hamilton County, discrimination can be diminished. Giving all types of people access to healthy neighborhoods and growing communities can help prevent unfair treatment across Indiana.